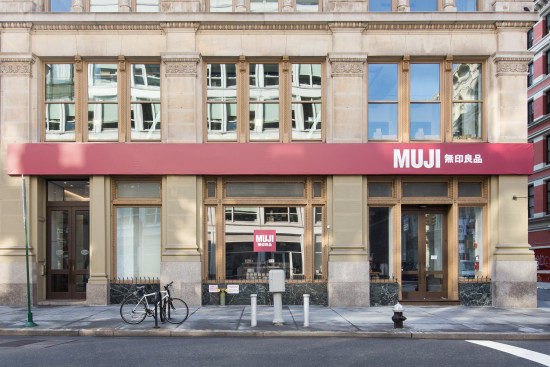 JULY 7, 2016 – NEW YORK, NEW YORK – MUJI, the Japanese retailer, will launch a SoHo pop-up store located at 434 Broadway on July 7. The 3073 square-foot store will offer products in skincare, apparel and stationery, as well as other best-selling MUJI products. The SoHo pop-up will remain open through October 1st, during which the original SoHo location will be closed for renovation. MUJI’s original SoHo store will reopen in late fall 2017 to celebrate the brand’s 10- year anniversary in the U.S.